The Panigale V2 Bayliss 1st Championship 20th Anniversary celebrates one of the most successful riders of all time and the symbol of an entire community: Troy Bayliss. A special motorcycle, manufactured in a numbered series, the pure expression of Ducati sportsmanship and a tribute to a timeless passion.

Based on the Panigale V2, this version is made unique by the special livery, inspired by the 996 R on which Bayliss won his very first world championship title in 2001, and by the prestigious Öhlins components, that bring the track performance of the Panigale V2 Bayliss 1st Championship 20th Anniversary to a whole new level. 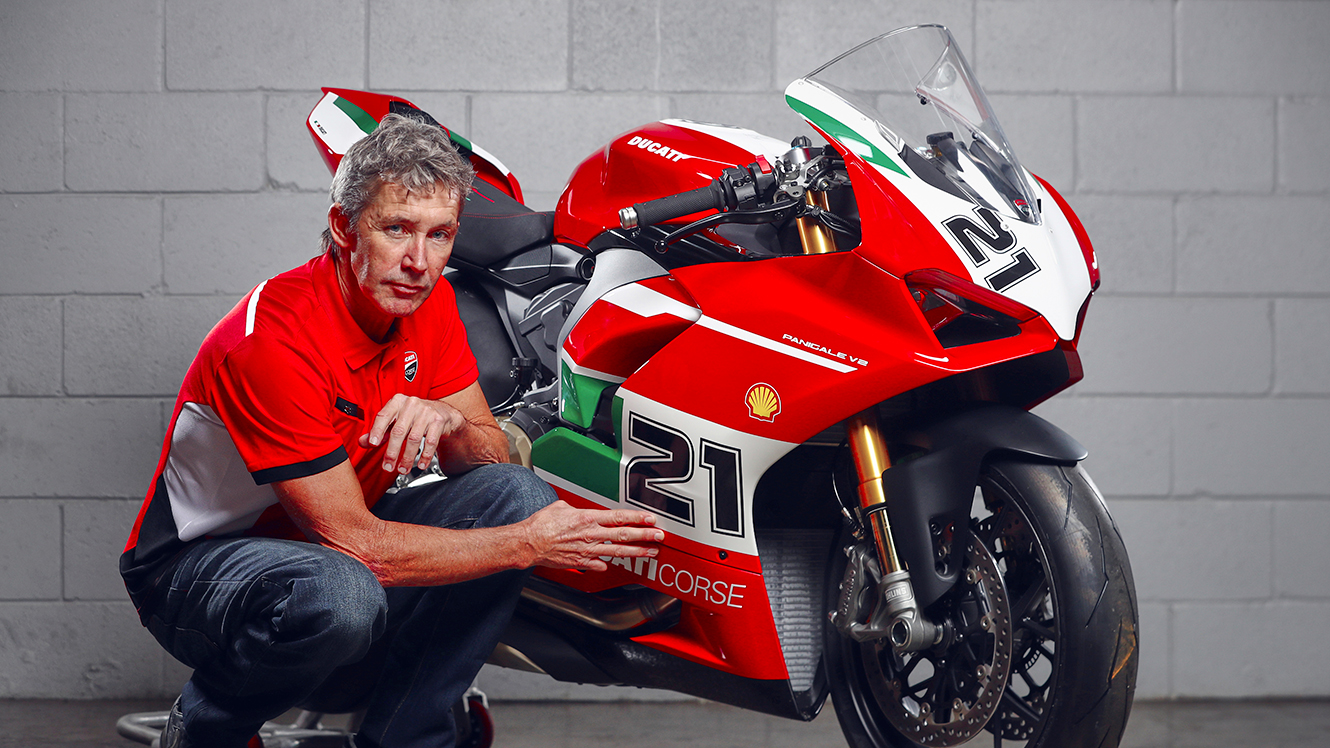 52 wins, 94 podiums and 3 World Superbike Championships: the Ducati-Bayliss pair was one of the most successful in the motorsports world. His name along with the racing performances of this Australian have made an indelible imprint in the heart of all the Ducatists, and the perfect match between Ducati and “Baylisstic” has been rekindled to produce this celebration motorcycle, manufactured in a numbered series, whose graphic details and name were chosen working side by side. 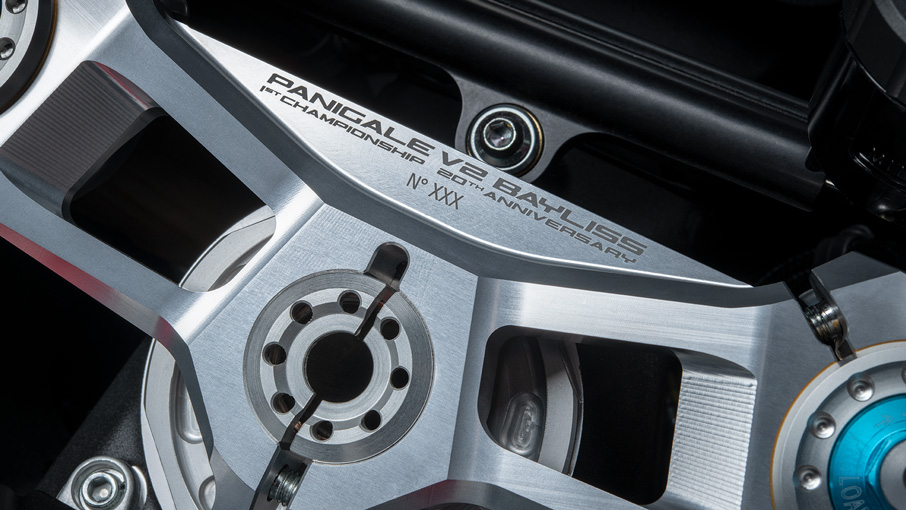 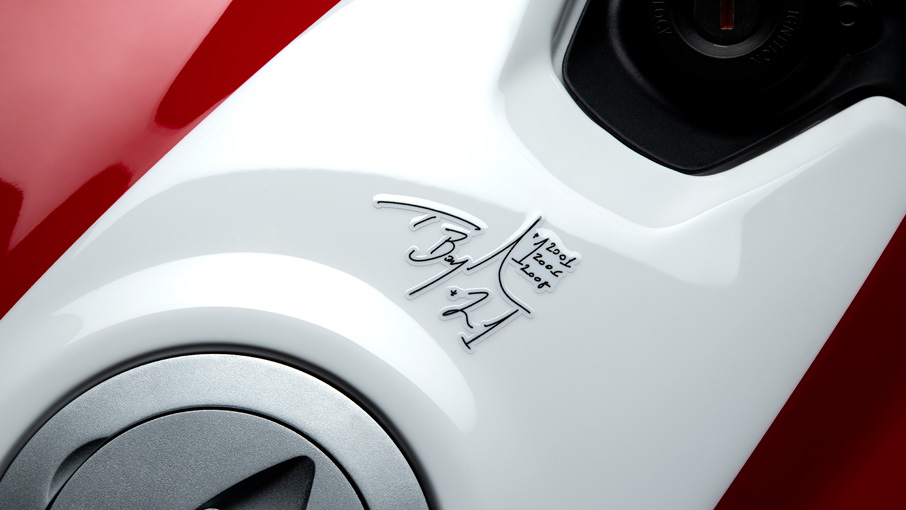 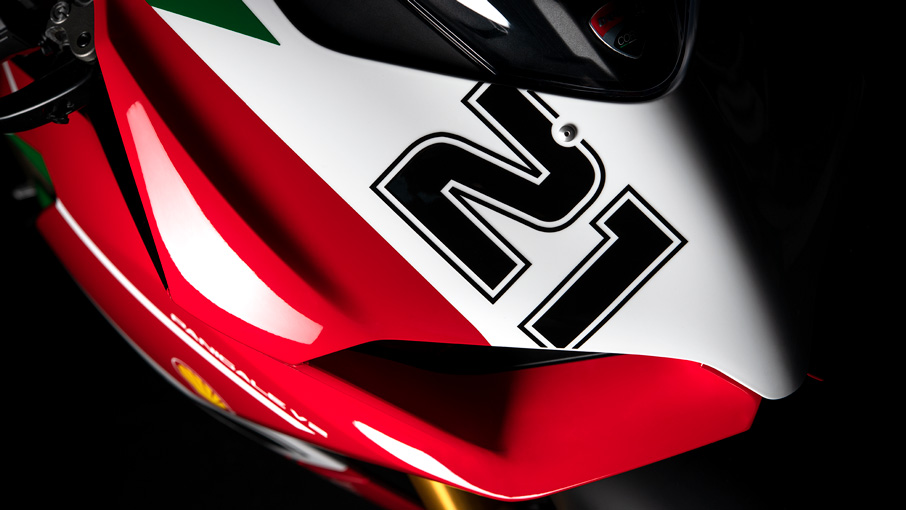 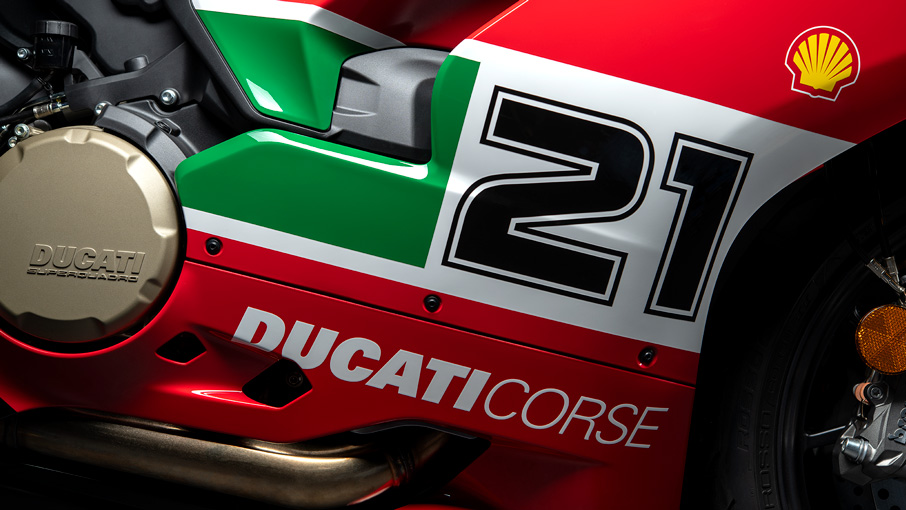 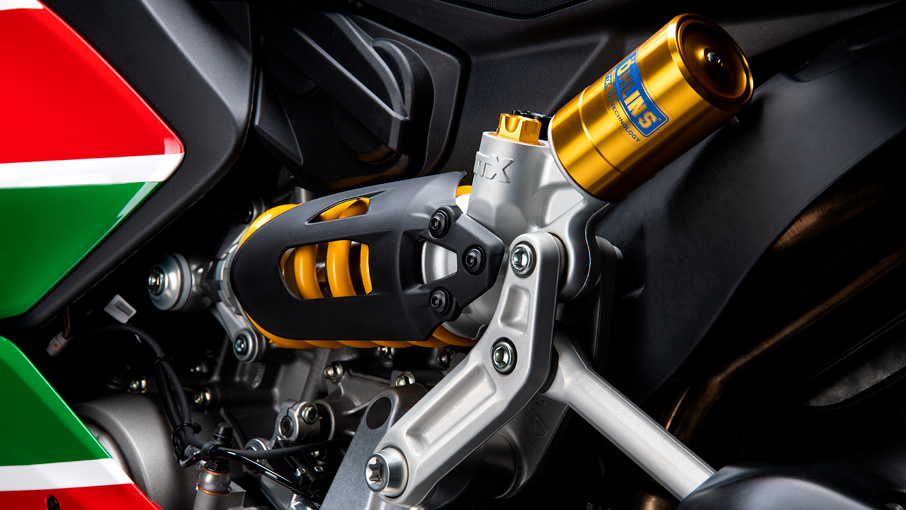 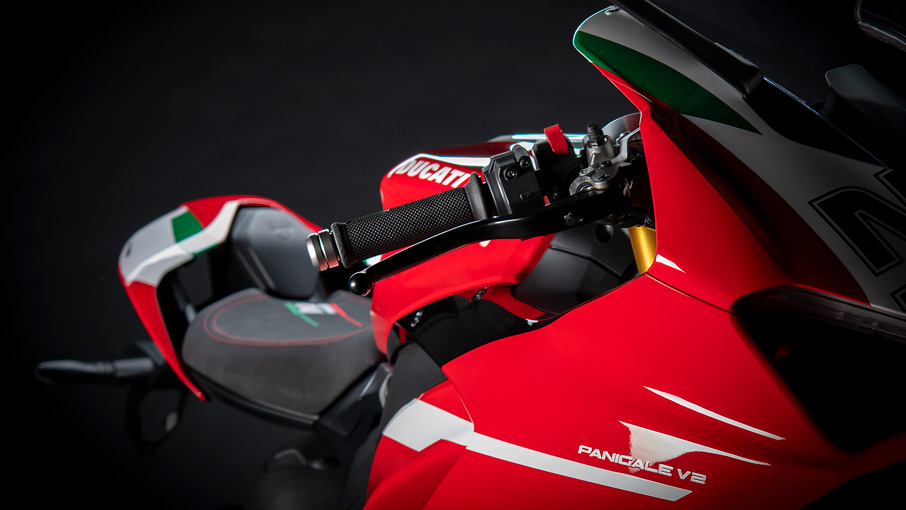 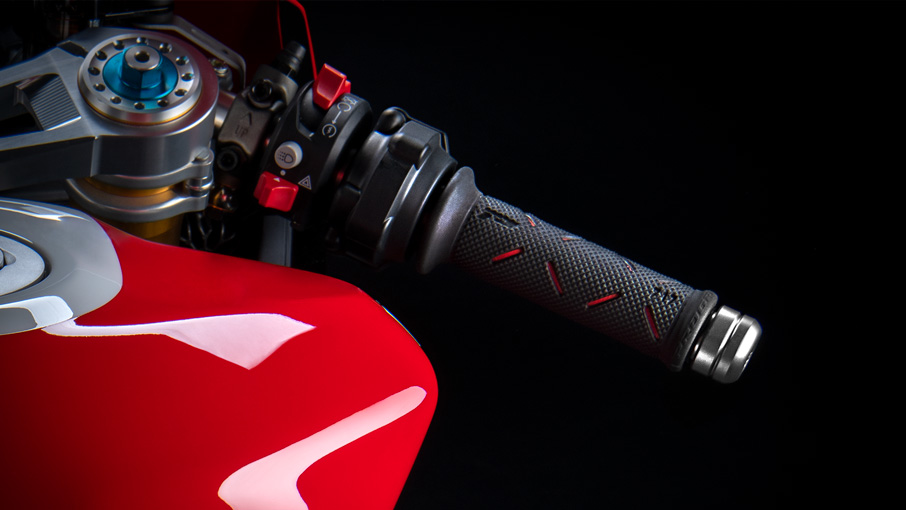 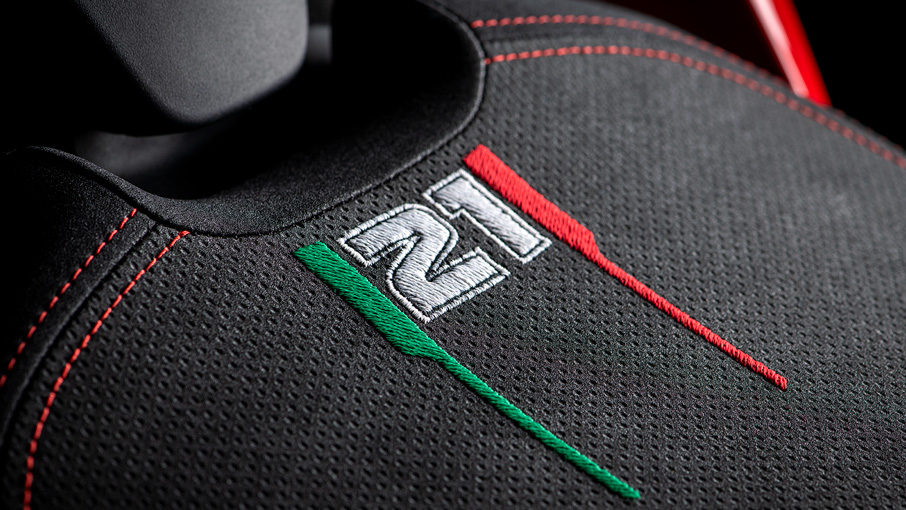 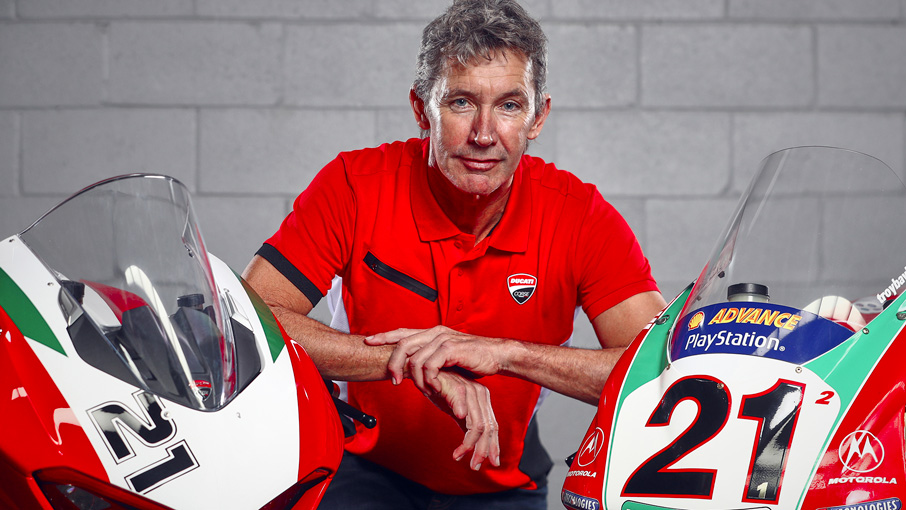 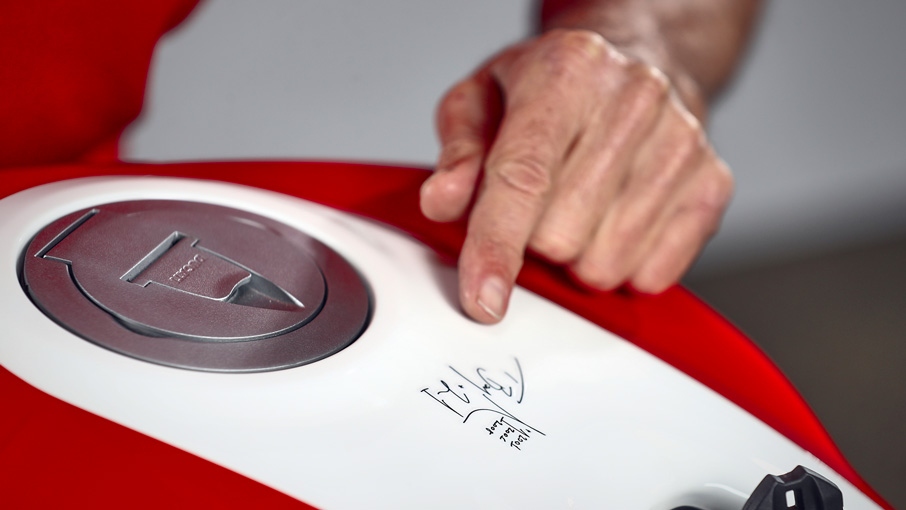 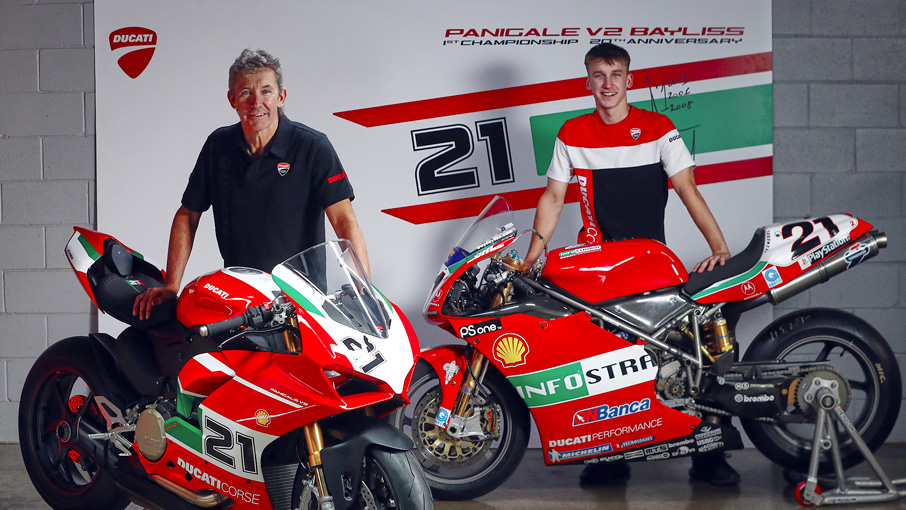 Star of the show in Assen

On Sunday 25 July a after the SuperPole Race, Michael Ruben Rinaldi did a lap of honor of the Assen track riding the Panigale V2 Bayliss 1st Championship 20th Anniversary. 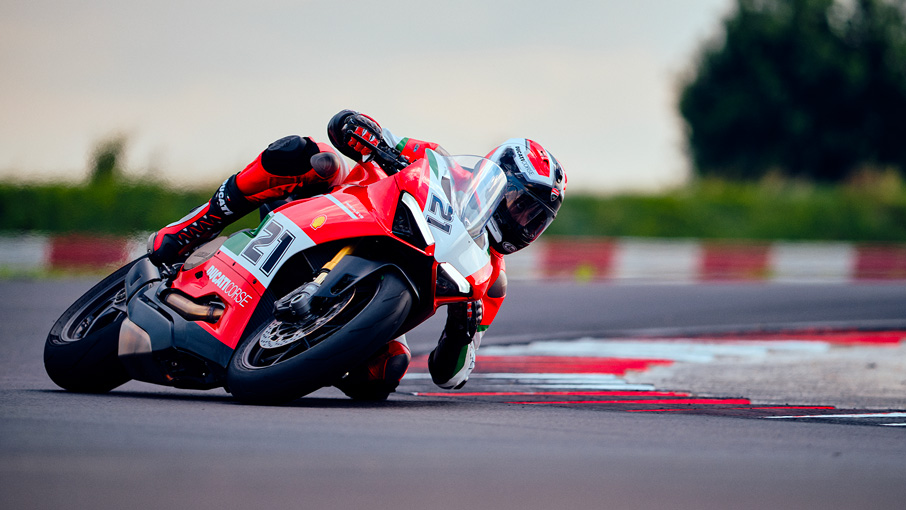 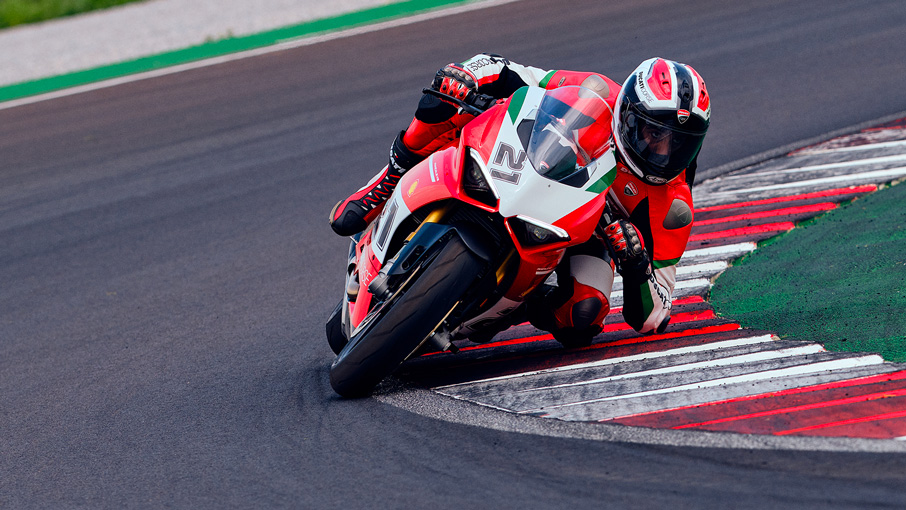 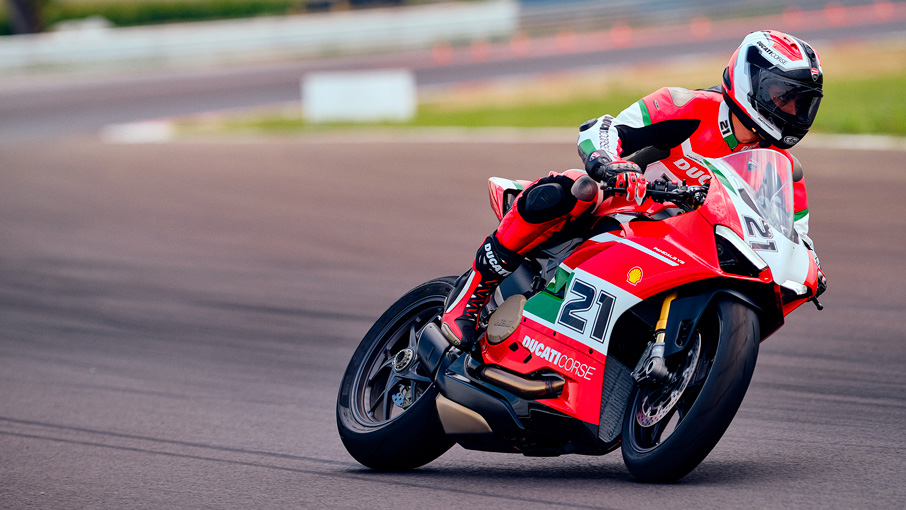 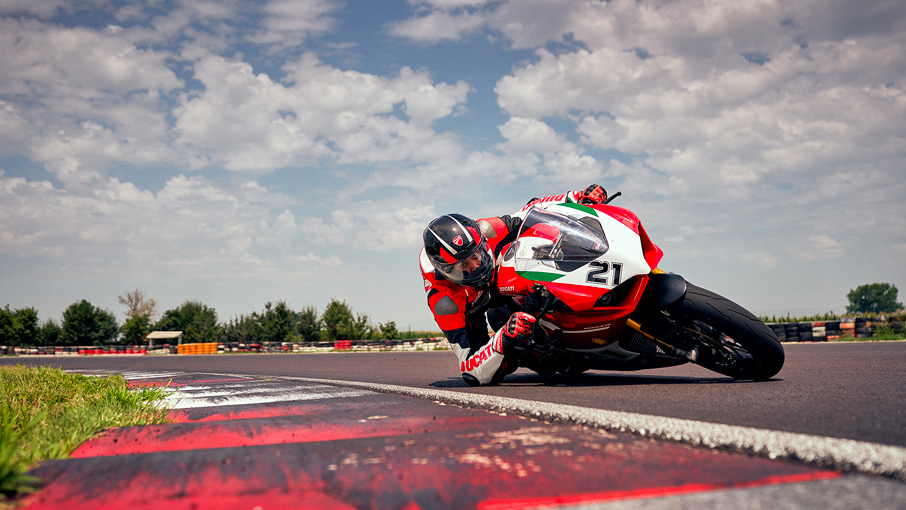 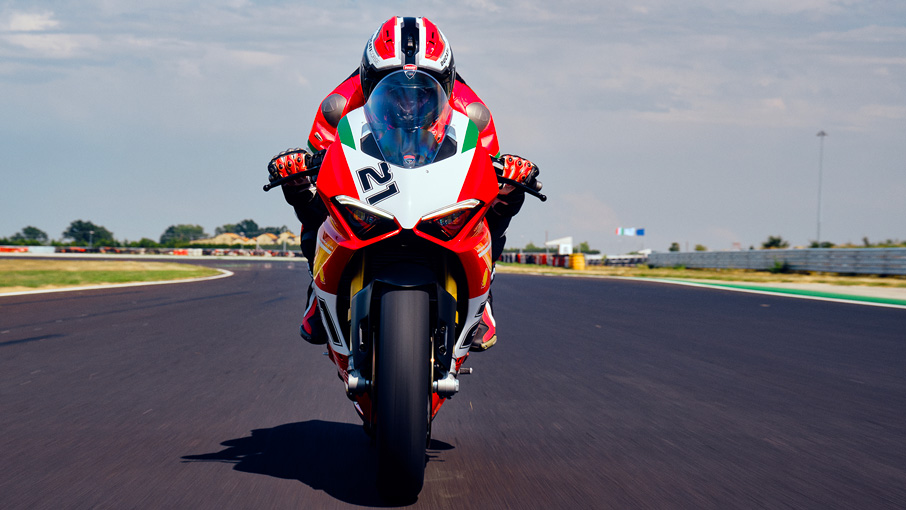 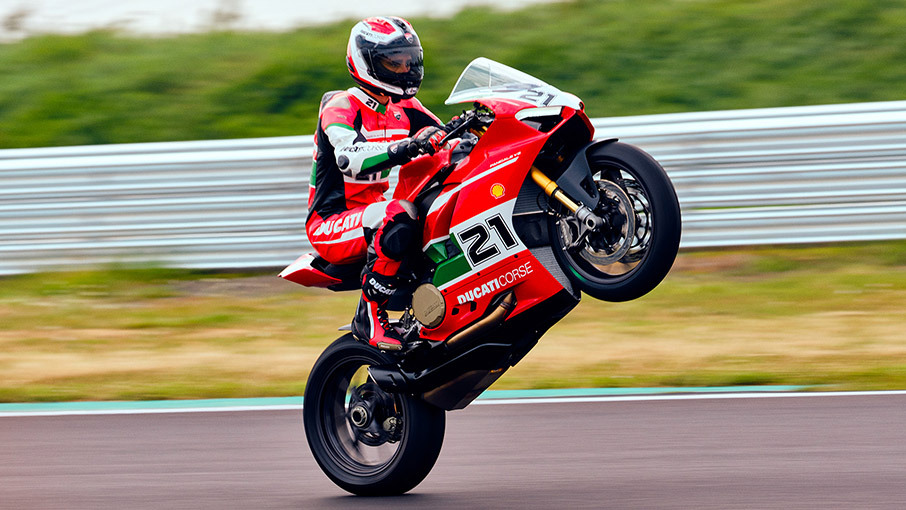 A winning, courageous and spectacular rider, Troy Bayliss has played the leading role in some of the most memorable pages in Ducati's history.

The power/torque values indicated are measured using an engine dynamometer according to homologation regulation and they correspond to the homologated data, as quoted in the Bike Registration Document.